Vietnamese pepper prices are seen as subject to downward pressure currently as demand is weak ahead of the country’s annual Tet festival.

Gerwald Kras of PepperDesk BV said in a report released today (February 1),  “The main origin to follow now is Vietnam. Prices are a little bit under pressure prior to the Tet holidays. This is the main holiday season for Vietnam and farmers like to receive some cash to meet their expenses. The demand is still on the sluggish side and this causes prices to go downward.”

Kras feels that at the moment there is hardly any competition for Vietnam. Brazilian offers are slowly moving up on tight supply and an outsold situation.

He added that Indian and Indonesian prices are far off from the Vietnamese levels so PepperDesk BV will only provide quotes for these origins on request.

Spot stocks in Europe are becoming tighter. “Exports from Vietnam for the month of January were only 7,000 tonnes. Many overseas buyers have been holding off purchases in a declining market. Being dependent on spot stocks might not be the best strategy going forward,” Kras concluded.

In its latest report for the week to January 29 the International Pepper Community (IPC) viewed the market as remaining calm over the period, with limited activity.

“Buyers watched on the crop development in India and Vietnam which is now in the upswing trend of its harvesting season. Domestic market prices were relatively stable in all the producing countries. In dollar terms however, price increases were recorded at most origins due to strengthening of local currencies against US dollar. A marginal decrease was reported from Sri Lanka for black pepper and for white pepper in Hainan,” it stated.

The group’s report also highlighted pepper imports and re-exports by the Netherlands, noting that the first 10 months of 2015 showed a decreasing trend from the same period of 2014.

Although supply from producing countries increased in 2015, imports by the Netherlands decreased. “This might be due to very high price prevailed during the year. Vietnam continued to be the main source of pepper into Netherlands supplying almost 60% of pepper imported by Netherlands during January-October 2015,” the report concluded.

Figures from GTIS/Eurostat confirm the latter assessment, showing that Vietnam accounted for 57.9% of the Netherlands’s total imports of pepper in the first 10 months of 2015.

The GTIS data shows the same cumulative total of 11,190 tonnes for Netherlands pepper imports in the January to October 2015 period. 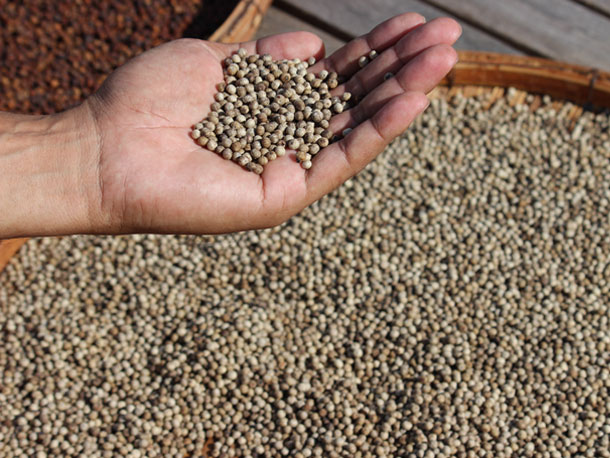