Global availability of cardamom looks favourable for this year and prices of the spice are expected to face more downward potential over the coming weeks.

The general consensus remains that the 2014/15 Guatemalan crop was smaller than that of 2013/14. However, the volume is seen as still at a respectable overall level. In addition, there is a good volume of carry-over stocks at origin and among consuming markets.

However, this February, Indian cardamom processor and exporter Emperor Akbar Green Cardamoms, said it had seen reports that the Guatemalan crop was now expected to reach 34,000 tonnes.

Andrew Barker, managing director of PBA Brokerage, told on Friday (July 31) that estimates from his contacts in Guatemala had varied from 30,000 tonnes up to 33,000 tonnes.

“The cycle of production is on its way down,” Barker noted.

He added that about six weeks ago, India had been forecasting a delayed but very large crop. Now, trade sources in India are saying that the volume will be slightly less than they previously thought and the crop will still be late.

“But the Indian crop is still large, even though it is smaller than they were forecasting, and the Guatemalan crop was 30,000-33,000 tonnes, which is still big, and there is quite a bit of cardamom still left in Guatemala and in the Middle East,” Barker noted. “So there is quite a lot of carry-over, and good, reasonable crops – both past and future, in India and Guatemala.”

On Monday, Hemen Ruparel of Samex Agency, which markets under the brand Emperor Akbar Green Cardamoms, said: “The Indian Crop is quite good this year too in terms of quantity and quality. The crop size estimates varies between traders from 22,000 tonnes to 25,000 tonnes, which is almost the same size of slightly larger than last year. The prices have come down significantly since the beginning of the season due to the pressure from the new crop arrivals.”

In overall terms, it looks as though there is more than enough for world demand.

As a result, Barker revealed that he expects prices to be on the weak side over the next 12 months at least.

Current demand is slack. “When people hear of new crops coming out and they know their stock, they tend to be cautious about buying, and that can only push prices down even further,” he noted.

Material from India’s next crop is expected to be shipped from the end of September.

Ruparel added: “We are seeing demand from the Saudi markets is weak due to the fact that Ramadan sales were not as expected. There are ample stocks within the consuming markets and they are in no hurry to buy.

“However, we are seeing that the arrival of the new crop at prices lower than the ones prevailing in the consumer markets is making buyers average out their losses and force sales.”

Ruparel noted that in overall terms then the Indian crop is good and Samex Agency/Emperor Akbar Green Cardamoms believes that Indian cardamom prices have now reached their bottom and will be supported by domestic demand from now on.

Looking ahead to Guatemala’s next crop – which will run from October to March or April 2016 – this is projected to be slightly smaller again. Barker explained: “Each year it’s getting smaller at the moment. They feel that they are in a slight downward cycle in the production from the plants.”

Export figures for 2014 (see Table 1 below) show that Guatemala had a successful year with a modest increase in overall volumes and the United Arab Emirates and Saudi Arabia holding position as the top two destinations.

Barker remarked: “I don’t think buying volumes are particularly down. I think it’s possibly because there has been carry-over from previous crops still in the Middle East and therefore they need to import less.”

Prices have declined over the last two months, he recalled.

Similarly, a Rotterdam trader said: “Prices came down to some extent, but at the moment it’s not dropping any further. So probably we have reached a kind of bottom level now.”

The trader added that there is a general lack of activity, which is largely indicative of the holiday season in Europe and elsewhere and can be seen not just in cardamom but across the whole of the spices complex. “Maybe you should write that the spice shop is closed for the summer holidays,” he joked.

Barker explained that seeds are trading at around USD5.50 per kilo c&f and mixed yellow qualities of a minimum 350 g/l are around USD4.50/kg. 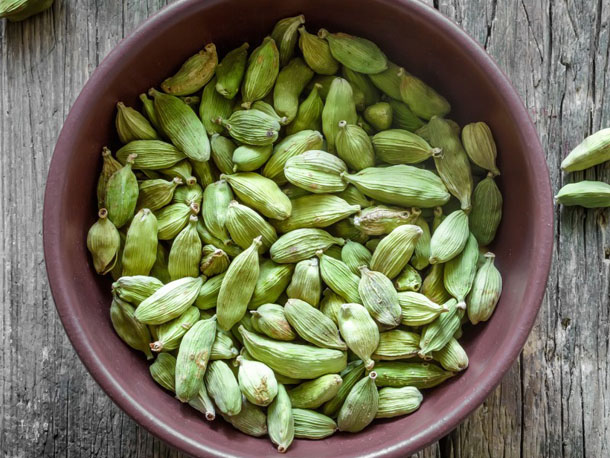 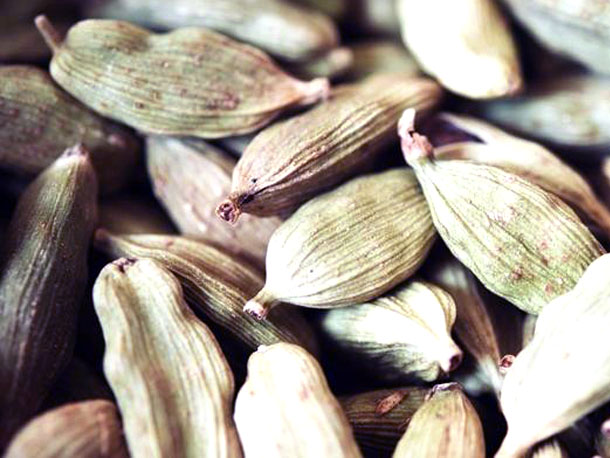 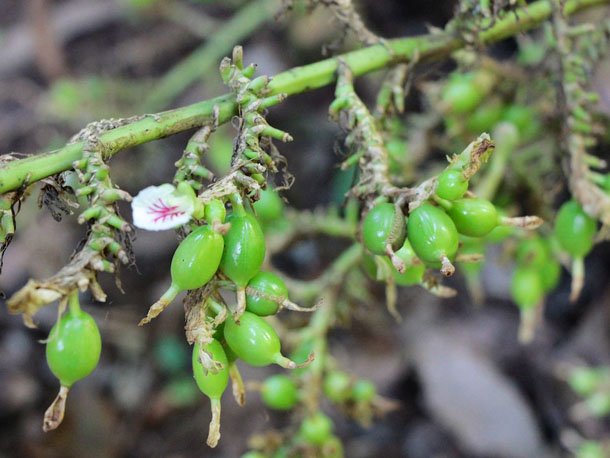