Pepper prices in India, Sarawak and Sri Lanka increased by up to 3% in the week to June 26, while prices in other origins were reported to be stable, the International Pepper Community (IPC) said in its latest weekly prices bulletin.

The IPC added that in Lampong the market is still calm, as the main harvest is only expected to begin in late July or early August.

It is reported that yield of pepper this year will be good. However, the number of productive vines in North Lampong decreased.

In East Lampong pepper vines are more healthy and output of this year harvest is expected to be much better.

In West Lampong it was reported that production will be more or less same as last year.

Although pepper berries are still not mature enough, farmers reportedly will pluck pepper early to avoid risks of loss of pepper in the garden.

As a result, production of light berries is anticipated to be more this year.

Gerwald Kras of Pepperdesk BV said the crop in Lampong has started and the first light berries are coming to the market. However, with the Ramadan in between, the harvesting might get delayed until the end of July.

IPC added that in Bangka, the local price of white pepper decreased marginally, but the fob price was said to be stable. Production of white pepper in Bangka is also expected better this year.

In Vietnam, the local price of black pepper was recorded to be very high, which is stronger than its fob price. This is possible since producers have the capacity to hold material and are not interested in immediately selling pepper at a reduced price.

With the help of speculative demand from China and the Middle East as well as fresh demand from European and US industry buyers they are able to sell the market higher with each and every deal, he noted.

Kras noted that Brazilian farmers are happy with today’s prices but their crop will only start in August.

The best deals can be made in Brazil. It’s very hard to predict what will happen with the pepper prices until the end of the year, Kras admitted.

“Spot stocks in Europe are very limited and if there is an attractive offer around it is picked up fast,” he noted.

Brazil continued to be the most important source of pepper for France, supplying 33% during the first quarter of 2015, followed by Vietnam with an 18% share. Germany also supplied a significant quantity of ground pepper into France.

IPC’s figures are broadly in line with those of GTIS and Eurostat (see table below) which give the same total for the first three months of 2015 and similar market share breakdowns. 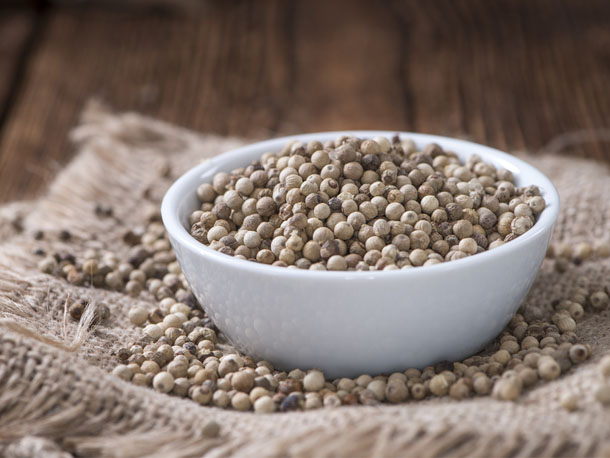