The cost of raw material cassia is stable in Indonesia, but a downward movement is possible next month, Cassia Co-op reported on November 5.

“The rainy season is late and there is plenty of sun to dry the barks,” the company noted. Cassia Co-op observed that farmers are enjoying the current high prices, which are more than IDR10,000 (USD0.82) per kilo higher than those of last year, so supply is abundant.

“Farmers are now attending to their older trees with care and some are even replanting after 25 years of giving-up on cassia crop,” the report added.

Cassia Co-op finds that of late large exporters are not as anxious to buy because they are covered for the end of the year. As a result there is a slight pressure on the price of raw material.

“Farmers are still hanging on to the high prices but it is likely that they will have to give up approximately IDR1,000/kg by December,” the company remarked.

The report also noted that the smoke level is still high in Kerinci “but schools have fortunately re-opened”. In addition, the deforestation fires in Jambi have stopped for the time being.

Cassia Co-op also revealed that in the last couple of days, farmers in the Cassia Co-op Sustainable programme have seen tigers’ footprints and a bear. “It is proof that the protected National Park (55% of Kerinci territory) is serving its purpose,” the report concluded. 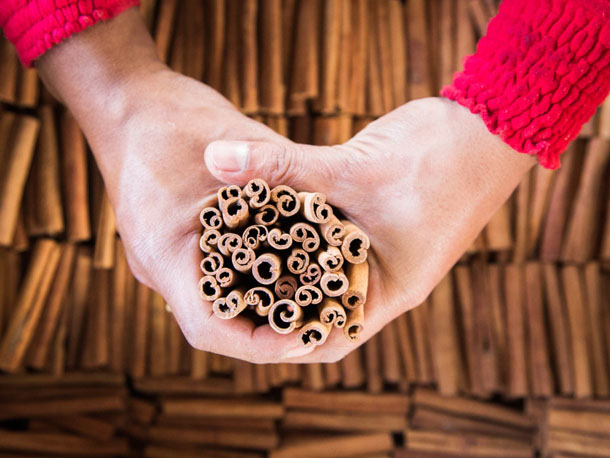