Cardamom prices have been subjected to downward pressure of late due to large expected output in Guatemala and India, while demand remains lacklustre.

Andrew Barker, managing director of PBA Brokerage, “Indian exporters are reporting that the new crop in India is going to be big. Apparently a lot of contracts for old crop material have taken place between India and the Middle East in the last four to six weeks at very low prices.

“They are trying to get rid of their old crop ahead of a very large crop coming up. So the Middle East is pretty full up with cardamoms at the moment.”

A report from Emperor Akbar Green Cardamoms of India said that the arrivals of the new crop in India have now started “in good quantity” and the quality is also improving day by day.

“It is understood that about 1,000 to 1,200 tonnes from the old crop is still being held with the planters and stockists,” said Emperor Akbar. “The climatic conditions this year have been excellent so far. It is only due to continuous rainfall in the plantations that the picking is getting delayed. As such the arrivals are somewhat subdued than what they can potentially be in the coming days.”

Due to the low prices, domestic demand as well as international demand for the bolder varieties has been very good, according to Emperor Akbar. “This has increased the range of prices between the smallest to the bold grade to nearly USD7.50 to USD8.00 per kilo. Stockists are also attracted to keep the stocks at these price levels in anticipation of a good domestic demand in the coming festive days.”

It noted that rainfall is one potential threat. “If rains continue for a prolonged period in August, then they could harm the crop with diseases affecting the plants. This risk could potentially affect the crop production by 10% to 15%. However, the estimated production is still high to withstand this harm and there should be enough quantity to meet the domestic and export demand. The difference may be felt only in the carry forward stocks for the next year,” Emperor Akbar noted.

Indian exports could be as high as 3,500 tonnes this year on the back of lower prices, it added.

Barker observed: “The Guatemalans are also forecasting a larger crop this year compared to last year. It’s all to do with the agricultural cycle of the plants. The plants are on an upswing in productivity at the moment, and that’s been the case for the last three years. There are some people today that say that the last crop was at the top of the production cycle, and the cycle will plateau this year and come down.”

Meanwhile, the smaller size of Guatemalan cardamom of full green colour was trading at USD11 to USD13 a kg “depending on the seller”.

There’s not a huge amount of carryover of whole cardamoms in Guatemala. “However, because it was a big crop, there is carryover of grinding quality material and seeds. Nobody quite knows the quantity,” said Barker.

He added that prices could continue to come under downward pressure due to higher Gualemalan production.

“You don’t need to be a rocket scientist to work out that big tonnages mean falling prices, unless there’s huge demand. World demand is flat at the moment for cardamom. It’s been creeping up over the last 10 years,” he noted. “If we get these large crops then all the traders are just going to hold back and it’s going to make prices more likely to fall. My intuition tells me that prices are going to start off the season cheaper than last year.”

There could be a fight between India and Guatemala for a share of the market over the coming months. 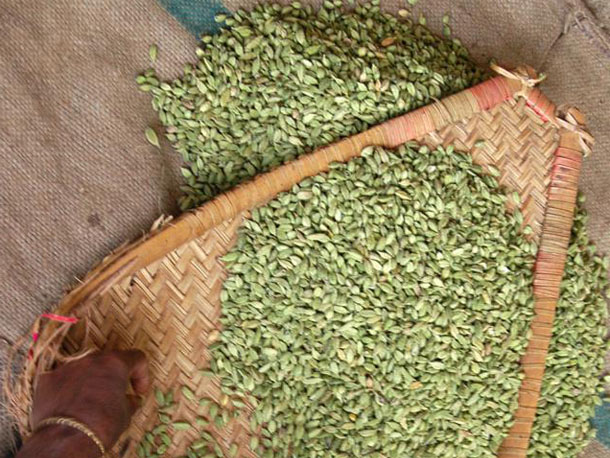 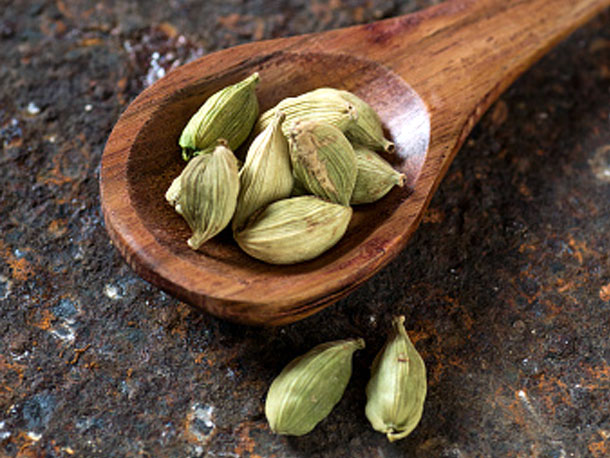 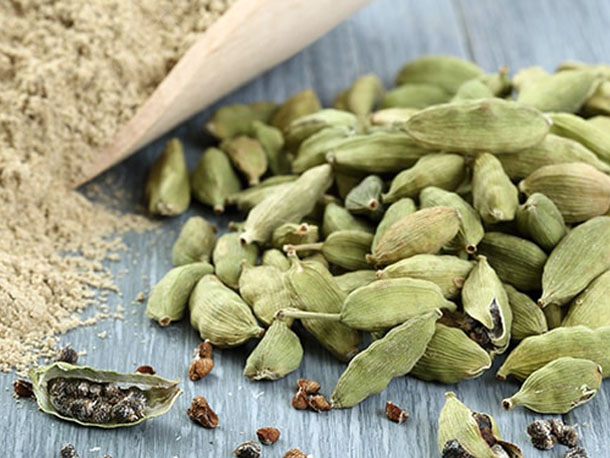