International cloves buyers have been turning to Brazil to cover their requirements but new crop supplies from the South American country have dwindled as a result of this and the global market is therefore reverting to a tight supply scenario.

“So far in 2014, Malagasy producers have not been selling their cloves as their prices were above what was expected by clients. So customers have massively been redirecting their contracts to Brazil. We are seeing the end of that move as the Brazilian campaign is now finished and local producers no longer have large quantities on offer.”

Emmanuel Nee of French trader Sivanil said Brazil was a good option for those supplying the US, Middle East or Singapore, but not so much for India as this country preferred to buy from Madagascar, Comoros or Zanzibar due to preferential duties.

No reliable figures are available for Brazilian output but traders believe this year’s crop was in the range of 5,000-7,000 tonnes.

Juliano Camara of the Fortaleeza office of Dutch broker Amberwood Trading said he had seen export figures on Brazilian cloves from December to the end of February of 4,376 tonnes. Of this, around 1,027 tonnes had been shipped to Singapore and 1,436 tonnes to Dubai.

However, he noted that it had to be borne in mind that both these destinations were trading hubs, so a lot of these goods would have been sold on elsewhere.

This upturn was seen during the time of the Gulfood exhibition in Dubai and soon after this event. In addition, with supplies become scarcer, prices were finding strong support.

“I don’t see much sign of sellers lowering their prices here in Brazil because the quantity which has been exported is already a lot, so the balance is not so much,” Camara said.

Nee confirmed that his contacts in Brazil had reported that there was not much left unsold. Moreover, there was the added concern that quality was lessening.

Camara noted that the balance of supply was in the hands of speculators who could afford to wait for better prices. “Some of them are not involved in commodity trading,” he observed. “Besides the strong middlemen and traders, there are also lawyers, doctors and other wealthier professionals who took a chance to earn some extra money instead of leaving their money at savings accounts at the bank.”

Foschi suggested that the current situation might lead to tensions in the market, particularly since the Sri Lankan crop would not come to the global market as it would be absorbed by India and the Indonesian crop was expected to be significantly below its potential. As a result, Madagascar would remain the only origin able to offer significant quantities of cloves in a tight market.

She observed that demand for Madagascar cloves was picking up again as there was not much material left in Brazil.

Camara said that with Brazilian cloves prices at around USD11,000-11,200 c&f Singapore/Karachi and Dubai the demand had been quiet from traditional Asian markets, but still active to other destinations, such as Latin America. “The main reason for this quiet momentum is that buyers/Asian traders who bought their last cargo around the range of USD9,200-9,400/tonne c&f are trying and successfully liquidating their position at a discount over today’s origin price,” he added.

Camara explained that all buyers were closely checking the market and other small consuming countries were keeping the market firm at the current levels.

He viewed the sentiment as being towards a firm market. “After resellers resell their Brazilian cloves position, they will have to step in at the actual market levels in origin,” Camara remarked.

Hence, for the time being Brazilian cloves prices were likely to hover around current levels, with a slightly upward trend.

Nee said he was expecting buyers in the Middle East, US and China to try and take some further coverage from Brazil. Importers in the north US had been purchasing a lot of Brazilian cloves of late on logistical benefits and competitive pricing.

In terms of general demand, regular buyers in India were moving in again, and Europe and the US were taking modest coverage, but Singapore remained very quiet, Nee felt.

In the past, buyers would have purchased several containers of cloves in a single month, knowing that it was easy to sell on, but now they were not even opting for one container in a month as there was too much money at stake. “To get one container of cloves is almost EUR100,000 (USD139,072), which is a lot,” Nee said.

Nevertheless, he felt that April and May should be quite active months in view of the limited stocks held by consuming countries and long gap until the next set of 2014 crops.

In addition, expectations for this year’s Indonesian crop to be 20-25% down due to prolonged wet weather at origin could push prices higher again.

One key factor would be the willingness of Indonesia’s kretek cigarette manufacturers to import from African origins. It is felt that importing from Africa will be difficult if the Indonesian rupiah remains at current low levels.

There is also debate over the potential impact of this being an election year in Indonesia. One theory is that in view of this the country’s government will not grant import licences to the kretek manufacturers because it will want to protect its own agricultural sector. The alternative view is that the government will grant some licenses to large scale cigarette producers because it will be keen to generate some revenue to finance the elections.

Cloves market teetering on the brink of supply deficit 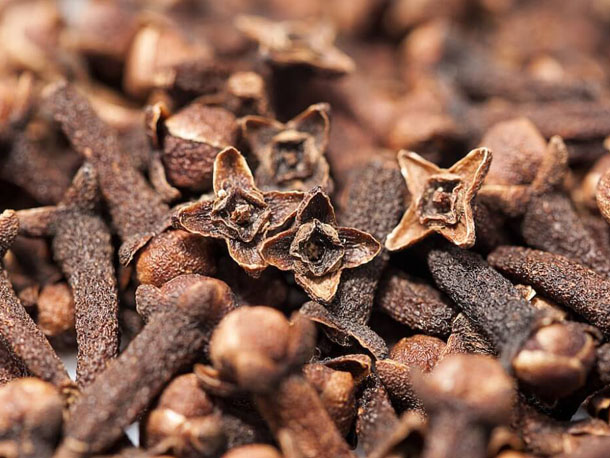