GLOBAL cloves prices have held strong this year despite claims from some that a crash was to be expected from June onwards. Moreover, this underlying strength looks set to prevail to the end of this year and well into 2013, if not the whole of 2013.

One of the key reasons for this is that farmers and exporters at origin have got used to the high levels they have been able to command for their cloves so they have resisted any downward pressure. As a result, there is frequent withholding of stocks in order to keep prices well supported.

At the same time, blips in demand from certain markets have been offset by increased buying interest from others.

It is felt that there could be limited availability ahead despite a forecast much better Indonesian crop next January.

Emmanuel Nee of French trader Sivanil said that as a result of this major advance in output, Indonesia’s whole psychology would be different on this occasion. “That is the big question mark today: are they (the Indonesians) going to buy aggressively or not?”

For the time being Indonesia was not offering any material. “They are keeping the cargo and each time the traders try to buy from the farmers the farmers are pushing the prices up,” Mr Nee said.

However, Indonesia has stocks to see it through to the new crop, which should help keep prevent prices spiralling out of control.

Recent price indications on Indonesian cloves were as high as $12,000 a tonne.

The anticipated global tightness would of course worsen if Indonesia were to be hit by an El Nino phenomenon in late December.

For the time being the weather has been favourably dry but the excessive rain and cold conditions arising from an El Nino could severely impact the crop.

Gregoire Courme of recently established spice trader Aromatum remarked: “If the El Nino phenomenon arises the crop will be small to the price will continue to be firm, because with the low crop of last year the kretek (cigarette) manufacturers have not yet rebuilt their strategic stocks.”

Moreover, with the high prices of cloves Indonesian farmers have become financially stronger and therefore better able to retain stocks to optimise their gains.

Elsewhere, Comoros has harvested a small crop – said to be only 2,000 tonnes – and the pace of arrivals remains slow. Early last month, it was rumoured that half of the crop had already been shipped.

Comoros cloves prices have held high as the country has been visited by buyers from India, Pakistan and China who have been competing for cover with the usual buyers of Comoros cloves.

In Madagascar, the crop from the southern areas is expected to be small, while that from the north is forecast to be good.

Trade estimates on the likely total output have ranged from 8,000 to 10,000 tonnes, but either way, the export availability should amount to more than 10,000 tonnes after accounting for estimated carryover stocks.

Nevertheless, local farmgate prices have remained high at MGa65 a kg, meaning cost prices for the shipper after cleaning and drying the goods of at least $10,000 a tonne. Based on this, Mr Courme said he would expect opening prices on Madagascar’s 2012 crop material from around $10,500 a tonne fob.

Last year there were some problems as buyers in India and Pakistan were directed to buy the goods from collectors that did not have export licences.

Mr Courme recalled: “Last year, the problem for our shipper was when they made the contract they were never sure they would get the goods from the collector because the collector sells to the guy who offers the best price, which was often the Indian buyers. This was one of the reasons for the price rise last year.”

This year, the Malagasy government, under pressure from the country’s regular exporters, has instigated a new regulation stating that the shipper must have an export licence and the collector must have a warehouse to store the goods. It is hoped that this will prevent a repeat of last year’s difficulties and help to bring some stability to prices.

The official start date of harvesting in Madagascar has been announced as October 25, meaning that first shipments would be under way in November for arrival in Singapore at the end of that month or early December.

Based on his global production and consumption expectations for the May 2012 to April 2013 period, Mr Nee calculated that there might even be a deficit of 21,200 tonnes for this 12 month span.

However, he cautioned that this assessment assumed strong buying by Indonesia – to 100,000 tonnes – and did not take into account Indonesia’s stocks position, which remained a mystery.

As of early this month Europe and the US were maintaining a cautious purchasing pace, but there was a considerable level of demand from Singapore and the Far East.

India was largely absent as its importers were being thwarted in their hopes for offers at $9,500 a tonne fob. Indian interest has been further dampened by an increase in the country’s customs duty on cloves imports from Madagascar, Zanzibar and Comoros.

However, this remains considerable and a key influence on the market. Moreover, November sees the start of the festival season in India as well as winter, a combination which should spur an upturn in consumption, even if only for a few weeks. There are concerns that if Indian buyers rush in to all purchase at the same time this will push prices up too high at the start of the crop, making it more difficult to bring prices back down to more acceptable levels. 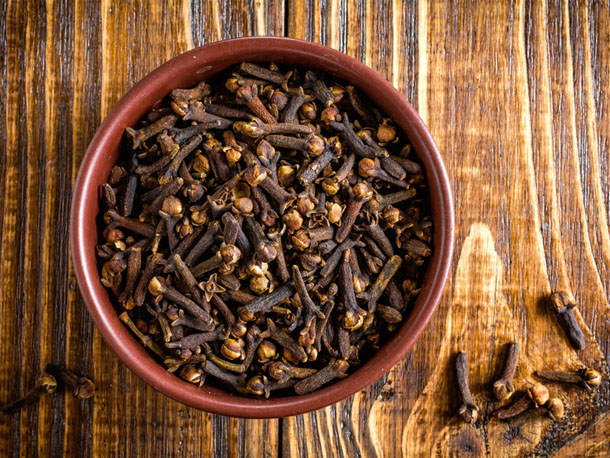