THE price of cardamom oil has shot through the roof since late last year as availability becomes increasingly short, raising the risk of dubious quality packages making their way onto the market.

Prices of the spice oil have leapt in recent weeks to around $485 per kg on a spot basis from Guatemala. This is practically double the $250 per kg quoted in October 2009.

He noted that while demand for the oil remained strong, really the only driving force behind the highs was the shortages, adding that last season’s crop had been relatively short with storm and hurricane damage really not helping the output situation.

Supply concerns were heightened after Tropical Storm Agatha hit the country on May 29, bringing severe flooding and landslides resulting in at least 152 deaths in the country. Agatha followed the eruption on May 27 of the Papaya volcano, which blanketed parts of the area near Guatemala City with ash.

Andrew Barker, managing director of PBA Brokerage, said on June 7: “I hear that heavy wet weather is more of a problem than the volcano, but having both together is really making logistics and harvesting the tail end of the crop very difficult. Prices and availability have tightened considerably.”

The UK trader noted that Guatemala was really the only origin from which quality conscious buyers could source their cardamom oil from. He noted that India also supplied the oil but that the quality and taste/smell of the oil was very different from that supplied from Guatemala. “One cannot be replaced by the other, they’re that different,” he said.

As a result, and with the new crop not expected to hit the market until September/October time, there is a risk that the essential oil is being cut with other products before being sold in order to make the limited supplies go further.

“At times of extreme high prices all sorts of people come out of the woodwork offering dubious quality packages. The oil can be cut and so there is a real potential for that all the while prices are so high,” 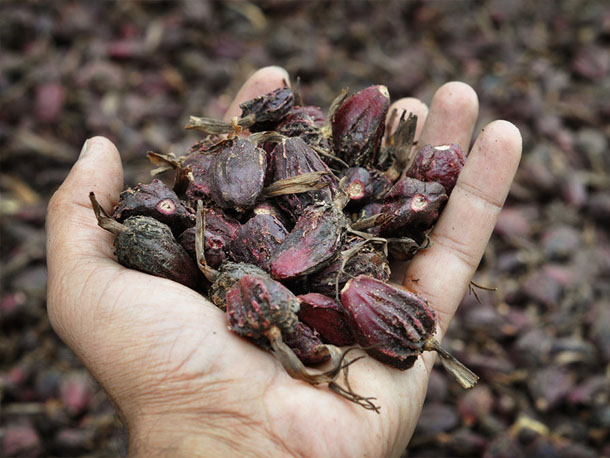